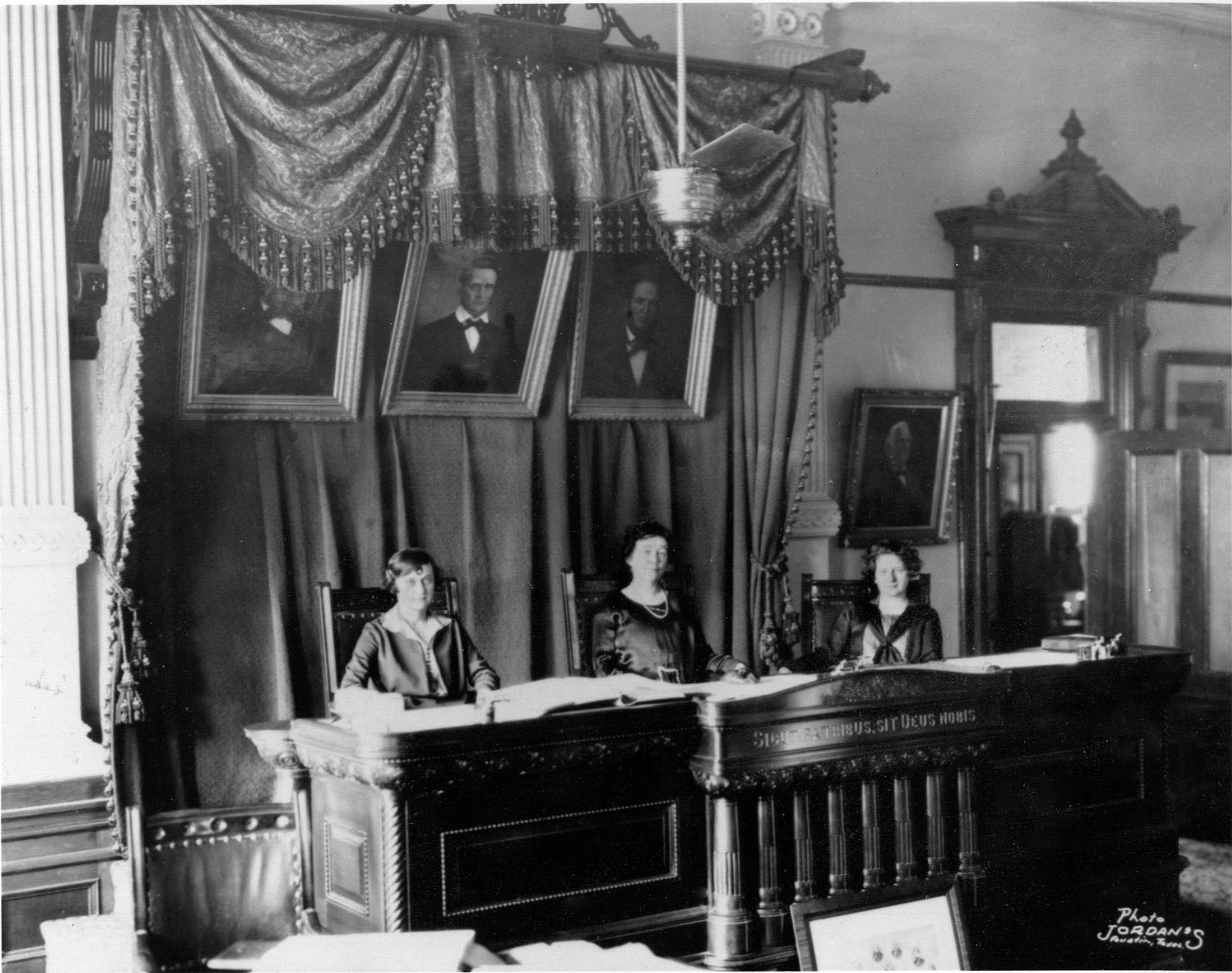 In 1925 in Texas, USA, the case W. T. Johnson et al. v. J. M. Darr et al was brought before the Supreme Court of Texas, bringing with it a particular problem for then governor Pat M. Neff. The gist of the case was to establish if the trustees of the fraternal organization Woodmen of the World (Darr et al.) were entitled to two tracts of land in El Paso. The gist of Mr. Neff’s problem was that the case was directly connected to one of the most powerful organisation in Texas, the Woodsmen, whose members included the vast majority of the male members of the Texas board.

Mr. Neff made multiple failed attempts to populate a three member special Supreme Court before he made the decision to instead nominate women to the temporary position. As the Woodsmen did not allow women to join, the women could not be considered in conflict of interest because of an affiliation with the organisation.

I’ll concede that this is only technically the first all female Supreme Court in the US, in the sense that the three women sitting on the court were there only for this case and did not replace the existing all male court, but it is still noteworthy, particularly given the time (women had only just obtained the right to vote in the US) and the place (in the famously conservative Texas).

At the time of this writing, there is no record of any other all female state Supreme Court to date, provisional or otherwise.