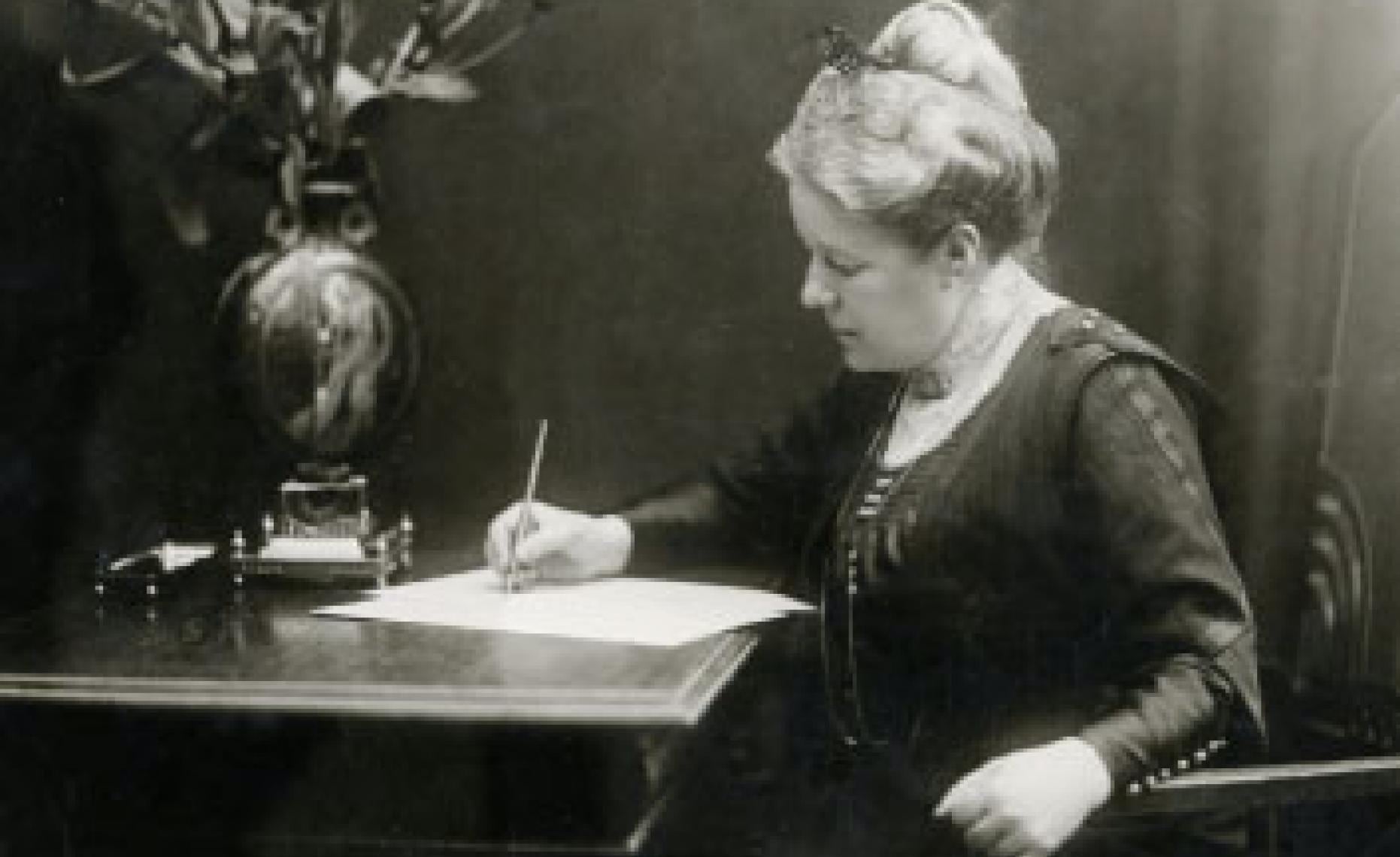 Selma Lagerlöf was born November 20, 1858 in Mårbacka, Sweden.  Apart from a period of lameness in her youth, her childhood was uneventful.  She was home schooled, but eventually trained in Stockholm as a teacher and became a schoolmistress in Lnadskrona in 1885.

She wrote first novel, Gösta Berlings saga, 2 volumes, which was published in 1891 followed in 1894 by a collection of short stories entitled Osynliga länkar (Invisible Links).

In 1895 she won a traveling scholarship and quit teaching to devote herself full time to writing.  After visiting Italy, she wrote Antikrists mirakler (1897; The Miracles of Antichrist).  In 1901-02 she published Jerusalem, which was inspired by a winter spent in Egypt and Palestine (1899-1900).  The popularity of this work established her as the foremost Swedish novelist of the time.

WWI having disturbed her deeply, she stopped writing for a while.  Eventually returned to her hometown where some years later she wrote and published several more signifiant works including Ett barns memoarer (1930; Memories of My Childhood), and Dagbok för Selma Lagerlöf (1932; The Diary of Selma Lagerlöf ), a Värmland trilogy: Löwensköldska ringen (1925; The Ring of the Löwenskölds), Charlotte Löwensköld (1925); and Anna Svärd (1928).

In 1909  she became the first women, and first Swedish person to be awarded the Nobel Prize in Literature “in appreciation of the lofty idealism, vivid imagination and spiritual perception that characterize her writings.”  She used some of her Nobel Prize money to buy back their family manor home which had had to be sold upon her fathers death.