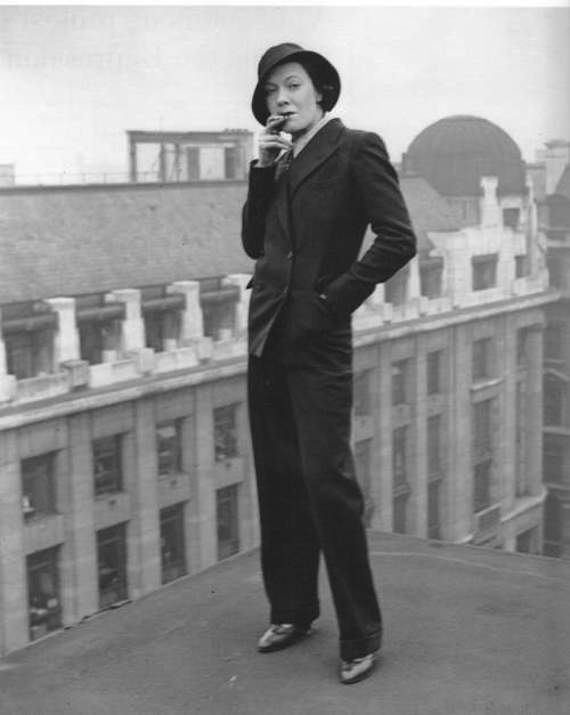 It is important in our search for our female heroes lost to history that we do not ignore the “working class” heroes; those beautiful souls, having little to no resources (comparatively speaking), who encounter oppression and refuse to bend to its momentum.

Katie Mulcahey is one such hero. Although we do not know much of her life, court records tells us she had character and brains.

Her claim to fame? She beat back a new oppression on women’s liberties simply by being unaware of a law, breaking said law, and ultimately vindicating the women of New York City when she beat the charges.

On January 21, 1908, “Little Tim”, New York City Alderman Timothy Sullivan, saw his Sullivan’s Act put into place which restricted women from smoking in public, which he deemed to be a sign of immorality and loose character in women, but notably not in men.

The following day, unaware of this new law, Katie Mulcahey lit her inadvertently defiant cigarette as she leaned against the stone wall of a Bowery District building. A nearby police officer tells her she mustn’t do this, adding “…what would Alderman Sullivan say?”, the ensuing exchange resulted in her arrest for public smoking.

When she appeared before the court, she told the judge, “I’ve got as much right to smoke as you have. I never heard of this new law and I don’t want to hear about it. No man shall dictate to me.”

The district judge fined Katie $5 for her offense and released her, but Katie refused to pay.

After reviewing the wording of the Sullivan’s Law, lawyers noted that there was no mention of any fine and no punishment had been defined. She was eventually released without mention of the arrest on her record.

The grander consequences of the arrest of Katie Mulcahey were likely unexpected by Mr. Sullivan. In spite of the ardent support for the law and subsequent arrest of Katie by The Women’s Christian Temperance Union (also known for their mounting pressure for the prohibition of alcohol), the majority of New York City inhabitants were on the side of Katie.

The subsequent public debate on the subject resulted in the final veto of the law by the mayor of New York City, George B. McClellan, Jr., thus ending the first ban of women smoking in the U.S.

photograph is NOT of Katie Mulcahey. There are no known existing images of her.