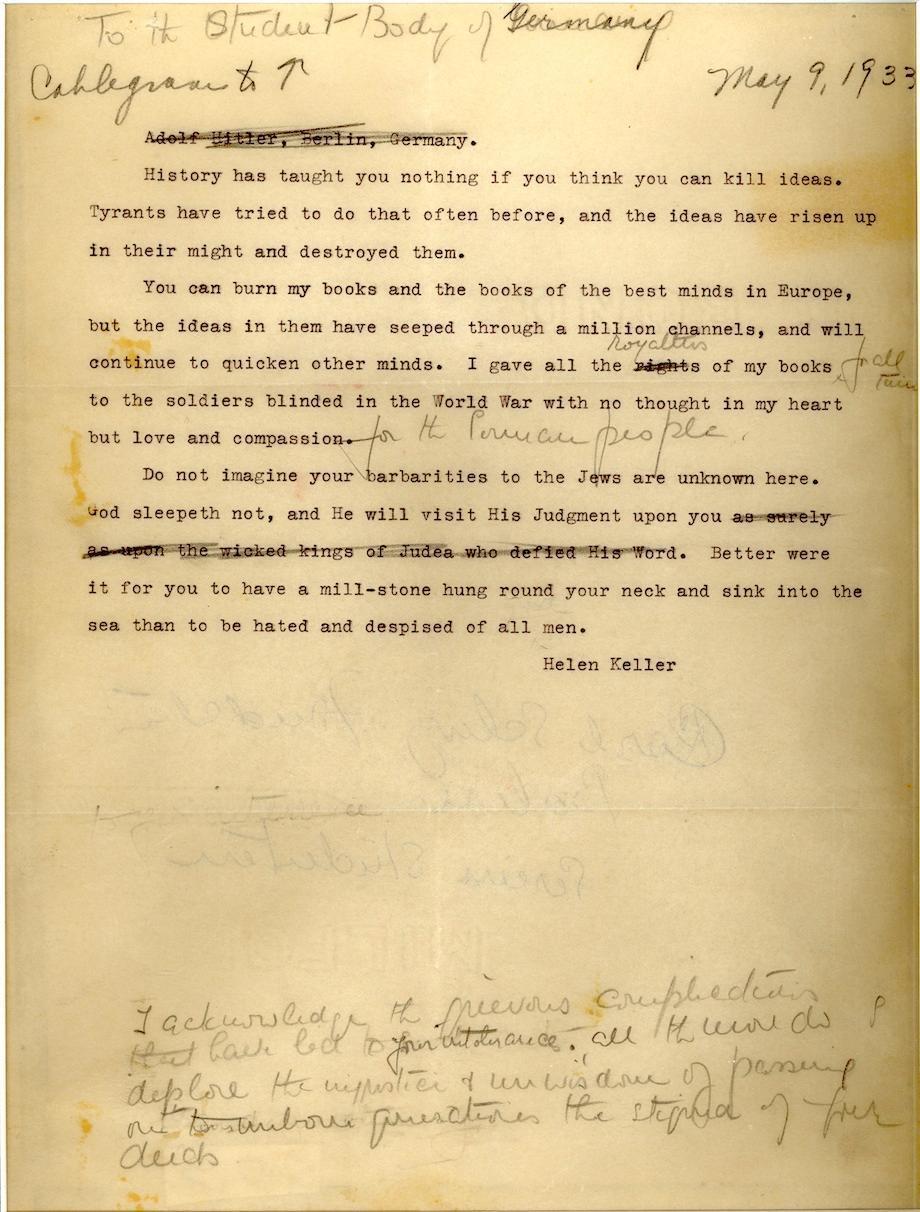 May 10, 1933:  Students across 34 universities in Germany gathered to burn books from Jewish intellectuals such as Einstein and Freud, as well as other blacklisted non Jewish authors including Hemingway and Keller.  On this same day a gathering of around 40,000 German citizens listened intently as Joseph Goebbels stated “the era of extreme Jewish intellectualism is now at an end. … The future German man will not just be a man of books, but a man of character. It is to this end that we want to educate you. … And thus you do well in this midnight hour to commit to the flames the evil spirit of the past.”

In the weeks preceding, several American organisation knew of the pending book burnings, and as a result Helen Keller wrote the open letter shown in this photograph.

The text of the letter:

History has taught you nothing if you think you can kill ideas. Tyrants have tried to do that often before, and the ideas have risen up in their might and destroyed them.

You can burn my books and the books of the best minds in Europe, but the ideas in them have seeped through a million channels, and will continue to quicken other minds. I gave all the royalties of my books to the soldiers blinded in the World War with no thought in my heart but love and compassion for the Germany people.

Do not imagine your barbarities to the Jews are unknown here. God sleepeth not, and He will visit his Judgment upon you. Better were it for you to have a mill-stone hung round your neck and sink into the sea than to be hated and despised of all men.

What injustices entice you to passion?  Are you speaking (or writing) out against them?  If not, why not?