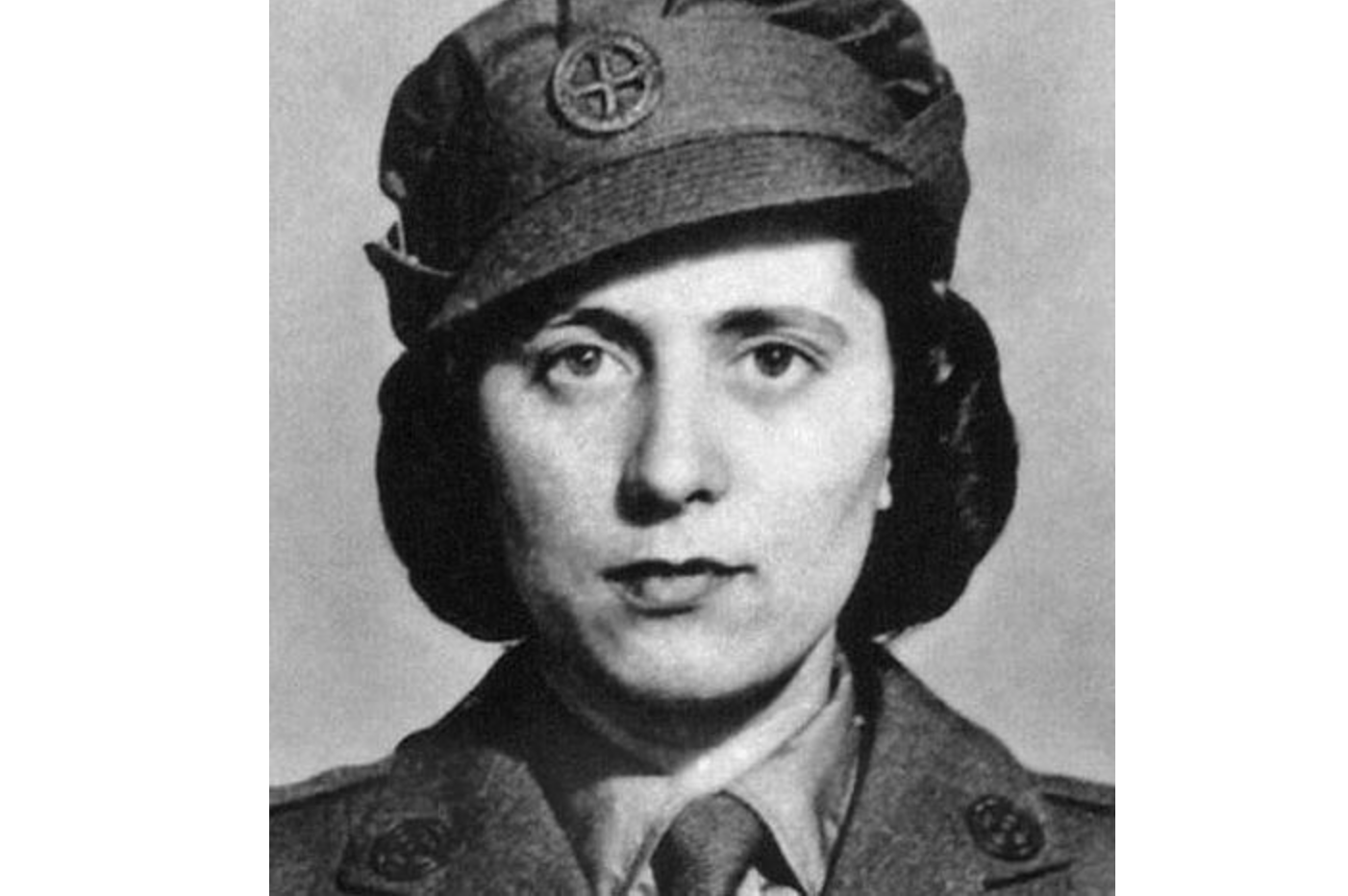 Andrée Raymonde Borrel was born on November 18, 1919 into a working-class family in the Parisian suburb of Bécon-les-Bruères.  Her father passed away when she was 11 which led her to quit school in order to work for a dress designer at the age of 14.  Through a series of moves, she and her family came to Toulon on the Mediterranean coast in October 1929.

When World War II broke out, she volunteered to work with the Red Cross.  She finished a crash course in nursing on January 20, 1940, which qualified her to serve as a nurse in the Association des Dames Françaises.  Fifteen days after arrive at Hôpital Complémentaire in Nîmes she was sent back following a decree requiring nurses working in hospitals to be at least 21.  A few days later the decree was revoked and she was sent to the Hôpital de Beaucaire.  It was here she met Lieutenant Maurice Dufour.  Upon the closing of the Hôpital de Beaucaire, the two were sent to the Hôpital Complémentaire.  Around the end of July, this hospital was also closed and, at the request of Dufour, she was allowed to resign after which she went to work for an underground organisation with which Dufour was involved.

At the beginning of August 1941, Dufour and Borrel established the Villa Rene-Therese in Canet-plage, which became the last safe house before the dangerous route over the Pyrénées on the “Pat O’Leary Line”, an escape network establish by Albert Guérisse with the support of MI9.  Their work in helping British airmen shot down over France, SOE (Special Operations Executive) agents, Jewish and other refugees trying to escape from France was so successful, they had to purchase a larger villa, Villa Anita.  By the end of December the escape network had been compromised, eventually forcing Dufour and Borrel to escape themselves over the Pyrénes.  The two eventually were flown to England, Dufour on March 29,1942 with Borrel on April 24, 1942.  On May 15, 1942, Andrée was recruited by the Special Operations Executive.

On the night of September 24, 1942, Andrée became the first female SOE agent to be parachuted into occupied France as part of operation “Whitebeam”, whose primary goal was to set up resistance networks in Paris and Northern France eventually transferring to the “Prosper” circuit.

On the night of June 23-24, 1943, Andrée was arrested by the Gastapo along with several other members of the Prosper circuit.  During her captivity at Fresnes Prison, she smuggled out notes to her mother written on cigarette paper hidden in lingerie sent to her sister for washing.

On May 13, 1944, along with F section agents Yolnade Beekman, Madeleine Damerment, Eliane Plewman, Odette Sansom as well as fellow SOE agents Vera Leigh, Sonia Olschaneszky and Diana Rowden , she was transferred to separate cells in Karlsruhe (Justizvollzugsantstalt Karlsruhe) prison.  On July 6, 1944, Borrel, Leigh, Olschanezky and Rowden were to the Natzweiler-Struthof concentration camp in France.  While awaiting their execution, the four women were held in separate cells.  Through her window, Borrel was able to communicate with other prisoners, including a Belgian army physician who had headed the Pat O’Leary escape line, who testified in the post-war trial of the men charged with the execution of the four women where he stated “I saw the four women going to the crematorium, one after the other.  One went, and two or three minutes later another went.”

According to testimony, the four women were given a 10cc dose of phenol, which the doctor believed to be a lethal dose.  Three of the women were, one by one, placed into the crematorium and burned.  As the fourth woman’s body was being inserted feet first, she came to and began fighting back.  The guards were eventually able to force her into the crematorium and burn her alive, but not before she was able to scratch the face of her executioner Peter Straub, which was later used as evidence at his trial.

Following her captivity, the SEO awarded her the following citation:

This officer was parachuted into France in November 1942 as an assistant to an organiser in the Paris area. She proved herself an able and devoted lieutenant, and was appointed second in command of the organisation. Owing to her cool judgment she was always chosen for the most delicate and dangerous work such as recruiting and arranging rendezvous, and she acted as “cut-out” for her commanding officer.

Lt. Borrel was also given the task of organizing parachute dropping operations, and took part in several coups de mains, notably an operation against the Chevilly power station in March 1943. She distinguished herself by her coolness and efficiency and always volunteered for the most dangerous tasks. Her commanding officer paid tribute to her great qualities, describing her as “a perfect lieutenant, an excellent organiser who shares all the dangers”.

Lt Borrel was arrested by the Gestapo in July 1943. For her great bravery and devotion to duty during nine months of active underground work in France, it is recommended that she be appointed a Member of the Order of the British Empire (civil division).

Posthumously, France award her the Croix de Guerre and the Médaille de la Résistance.  Britain awarded her the King’s Commendation for Brave Conduct (KCBC).  The concentration campe where she was executed is now a French government historical site.  She is also listed on the “Roll of Honor” on the Valençay SOE Memorial in Valençay.