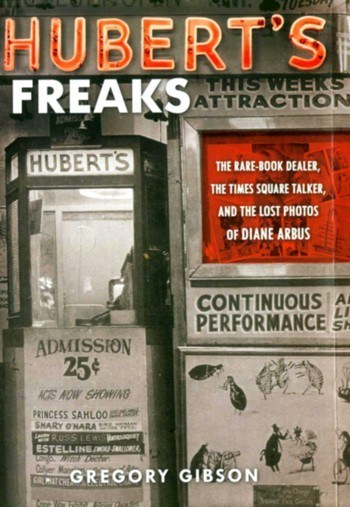 It occurred to him that Diane [Arbus] hadn’t gotten her tiny white self there and then just accidentally snapped those pictures.  They represented a conspiracy between the shims and the photographer.  Between dwarf and Diane.  The huntress was implicated in those images, and their effect on Bob’s psyche implicated him as well, as if the photographs were machines that took this energy from its source and sent it to Bob.  What would the camera be then?  The boundary?  The valve?

from the Preface of  Hubert’s Freaks by Gregory Gibson